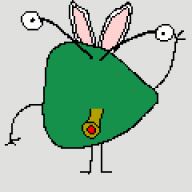 This user has not shared any profile information

Kagaho and Dohko are both overwhelmed by the fury of the Rozan Koryuha Libra, thanks to which the specter appears to have been freed of the anger that oppressed his soul. However, Bennu Dohko with Corona Blast hits to deliver them from the current of his own shot and save his life. Kagaho remembers the times when Aaron told him his real project. The incarnation of Hades had and still has the goal of creating a state that goes beyond life and beyond death, as is the other one is the cause of immense suffering to humans.

By trapping the souls of men in his Lost Canvas, Aaron hopes to give everyone a Salvation painless, why Kagaho, also thinking of the death of his younger brother, decided to follow him to the end, at the cost of supporting the weight of his sins. Returning to the present, Kagaho, about to burn due to friction, wonders if Sasha and Tenma, that Aaron seems to have turned their backs, manage to save him, and promises, if not, to be reborn again in the future to protect a time. From his workshop, Aaron notes the sad demise of Kagaho but is comforted by the thought that Bennu, before expiring, has assumed its tint more authentic. Pandora arrives, wearing a Surplice, who promises to kill the soul of Aaron soon awaken to the true God of the Underworld.

Dohko Kagaho and begin to ascend to the sky, driven by the devastating power of the technique Extreme Libra, the Rozan Koryuha. The specter calls upon the Knight to think about what's being done: the ascension friction will eventually pulverize not only her but also the Surplice armor of Libra. Dohko, protests of Bennu, still remembers his teacher that turned into a dragon because of the profound solitude in which he was forced to live. The young Libra, since the death of his master, feeds his remorse for having failed to change the fate of his mentor, promising that he would never have allowed anyone to die in solitude. And 'that's the reason why is sacrificing himself. Having seen the suffering of the lost brother Kagaho, Dohko understood that should do everything possible to bring back the humanity that his opponent believes dormant, even if it means risking his life. Bennu, touched by the gesture of Dohko, thinks his brother Sui, who preferred to jump from a building rather than be a burden for him. Kagaho had never managed to tell him that actually he was not a burden but, rather, was his only support, what led him to his feet forever. Reflecting on his feelings for his brother, the flames of Bennu transformed from dark to bright red. The specter, close to the conversion, seems to look for another attempt to attack toward Libra.


The clash between Kagaho Dohko and continues with the specter increasingly blinded by rage. Libra feels that the flames are so powerful by Bennu put a strain on even his armor of gold. Claiming to be interested in returning the man who was, because it lacks a place to call home, the Egyptian phoenix attacking relentlessly the young opponent who, overwhelmed by the dark flames, receives a fraction of the memories that Kagaho hides in his heart. As a child, usually Kagaho was defending his younger brother, finishing on time with injury. This pained the brother of the future specter who, feeling a burden to him, he decided to jump into the void to free him of the onerous task of protecting him. Libra then understands that Bennu is devoured by grief and anger at having lost his younger brother and is trying to walk a path that leads to the loss of his humanity, to suppress his sadness. Determined to steal his purpose Kagaho nihilistic Dohko affera the specter behind and aims to give a death by man before the beast has the upper hand, then the two soaring towards the sky.

The History of Life

Dohko Kagaho and facing the Palace of Earth. The Spectre decides to kill Libra with Rising Darkness, a technique that allows him to dehydrate the opponent. Dohko Goro I think about the water and the timing of training, remembering his teacher, a dragon millennium. Taking a dragon ascending to heaven, Libra can bring rain and confesses to Bennu have finally understood the attitude taken against it by Aldebaran of Taurus at the time of the clash at the Sanctuary. Rasgado killed him because he saw a particular pain in him. Now Dohko, recalling his teacher, he finally understood: as the Dragon who became his mentor was a man who, because of the great grudge against humanity, had ended by renouncing his nature and his soul had separated from his body to incarnate into that of the legendary animal, which is now Kagaho risks turning into a show, consumed by his own rancor. Determined to prevent this, the young Chevalier d'Oro is preparing to continue the fight.

Dohko finally landed on the Lost Canvas, the Third Temple. Before becoming a Kagaho, delivered the divine armor to Sasha, he asks his companions to continue. Tenma is strongly opposed, because they do not want to repeat what happened at the Cathedral in Italy, when Libra salvere for him, Shion and Yuzuruha, he was nearly killed by the Sword of Hades. Kagaho wants to prevent the three to continue to the Temple of Mars and uses Corona Blast, but the flames were broken by Dohko with one of his swords. Tenma feels a great change in the cosmos of Libra and the Golden Knight asked him not to underestimate him, especially now that he has received the Blood of the previous Athena and, with it, a mission to fulfill. Inviting Tenma to keep his promise to Sasha and Aaron, Libra is ready to face Bennu. The specter decides to get rid of the divine Sanuge Dohko flowing in the body and to do so, it shows a new deadly technique, Darkness Rising: a ball of black flame that begins to dehydrate the Golden Knight.

Regulus, Tenma and Sasha arrived at the Third Temple of Evil, one that represents the Earth, and are faced Kagaho of Bennu. The specter that Tenma had already known at the time of the death of Taurus, Leo and Pegasus traps with Crucify Ankh order to devote himself to the goddess Athena. The Guardian accused the Saint of Hades because they are too weak to be related to the feelings and mutual support. Love or hatred, according Bennu is unnecessary impurities reaching the true strength. In fact, the specter says he buried his feelings under a blazing Ankh, which represents the tombstone. Sasha, however, says that his words are false, since warned that his black flames are full of sadness. The trap is broken by the flames of golden dragons. Bennu Tenma and understand that such action may have been a single person: Dohko Libra arrived in the fortress of Hades and is ready to close accounts with Kagaho.

The roar of History Determined to redeem the fate of the Knights buried in Cocytus, Shion gets up, driven by the spirit of those fallen comrades. Runes includes the intent of Aries: the young person wants to use the technique to seal Hakurei created by Hypnos, the Sekishiki Tenryo Ah. Being a master stroke of Shion, the book of runes not him among the techniques of Aries, then Specter is convinced that his opponent is just making an extreme and desperate, doomed to failure. Shion, conscious of his mission to ensure continuity between the past and the future, can play the spiritual sphere and to wipe out Rune and his whole house. Now dying, Balron recognizes the extraordinary inborn talent of the opponent, who is to rule the troops of the sanctuary as High Priest. Thinking back to his comrades of this, fell before he could reach the evil temples, is preparing to film the race. Meanwhile, Regulus, Tenma and Sasha are the Third Palace and Evil are in front of Kagaho Bennu, Guardian of the Temple of Earth.